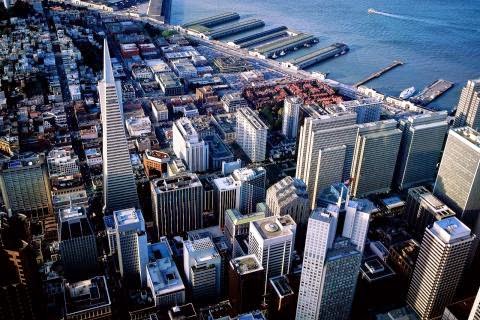 Anonymous said...
This comment has been removed by a blog administrator.
2/15/2015

A recent article at the Huffington Post makes the claim that if McDonald’s doubled its employees salaries it would only cause the price of a Big Mac to go up by 68 cents.(BALDERDASH) The implication here is that 68 cents isn’t much money, so we should do it. There’s a few things missing from this.
One is that the article itself alleges that doubling wages would lead to a 17% increase in costs. And I guess this is obviously supposed to seem like a small amount? It doesn’t look that way to me. What do people expect will happen when prices go up 17%? If McDonald’s could raise its prices by that much without lowering demand we would. No, what would happen is people would shop at our stores less, there would be less profit and less McDonald’s stores to hire workers.
Doubling of labor costs will simply increase a fast food restaurant’s incentives to adopt new technology. And if fast food wages doubled everywhere it would spur the development of new technologies even faster.This is all basic economics, really. As costs of labor increase the added cost must be offset. In order to satisfy operating costs, produce a product consumers want to purchase, and still turn a profit, it’s perfectly reasonable to look for cost-cutting alternatives. As Forbes pointed out, the added pressure to increase wages only serves to expedite technological solutions.
But cooks are safe from the machination of American fast food, right? Not if companies like Momentum Machines has anything to do with it. “Our technology will democratize access to high quality food making it available to the masses,” their site claims. They also claim their burger making machines can, “do everything employees do except better” and that the machines reap such large labor savings, restaurants will be able to afford twice as many fancy ingredients. Tempting little proposition they have there.
“Would you like fries with that?” may soon be a long forgotten relic of American pop culture. And all because it makes good economic sense.

"If I were looking for a good job that lets me build some security for my job, I'd join a union," the President said to raucous applause. "If I were busting my butt in the service industry and wanted an honest day's pay for an honest day's work, I'd join a union...I'd want a union looking out for me and if I cared about these things I'd also want more Democrats looking out for me."

Spoken by a guy who's never really had a job.

I would join a union too if it was based on productivity “honest days’ work” not seniority. In case Mr. Obama has not looked there are only two classes left if SF the rich and the poor they have drove the middle class out of the city.