Pajama Boy Vs. the Mayor

Lori Lightfoot, current Mayor of Chicago is counterattacking against McDonald's CEO assertions that Chicago is "a city in crisis".

At today's press conference the Mayor said "What would have been helpful is if the McDonald’s CEO had educated himself before he spoke,” Lightfoot said. “We had those productive conversations with other members of his leadership team, I think you saw that McDonald’s itself put out a full page ad talking about their full support of the city of Chicago." 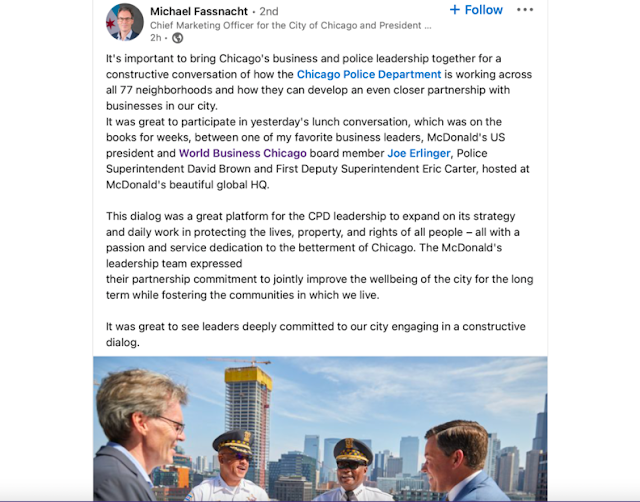 The biggest mistake was moving out of the Oak Brook Campus.
Chicago is a sewer,and Lightfoot is a myopic progressive fool.