It's ironic that while environmentalist wackos are trying to shut down tiny things like plastic straws the restaurant industry is developing more and more packaging for delivery and take-out.

Packaging could be the new differentiator in to-go - Slideshow 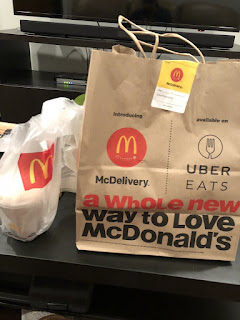 The toxic democrat socialist-communist party is divided, fighting among themselves, but that is expected for their condition is really precarious.

You see, the liberal-democrat socialist-communist sector is loaded with environmental wackos, racism, bigotry, discomfort, hate , very strong socialist-communist tendencies, heavy unconstitutional allure, illegality and fraud of different type, and others factors that fall into the area of treason....and in addition, last but not least, collective insanity.

In addition, the liberal toxic democrat sector has been under a constant internal battle for power since the miserable defeat they sustained in 2016....basically the liberal democrats sector is right now in a self-destruction mode of some sort.