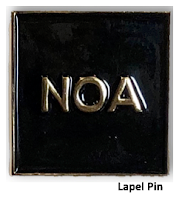 Missives from NOA board offer glimpse of what McD’s independent ‘zees want
.
Posted by Richard Adams at 10/01/2019

Shares of McDonald's Corp. sank 2.6% in afternoon trading Tuesday, enough to act as the biggest drag on the Dow Jones Industrial Average's price, after a downbeat call by J.P. Morgan analyst John Ivankoe. The fast-food giant's stock price decline of $5.61 was shaving 38 points off the Dow's price, which was down 310 points. 3M Co.'s stock was a close second; while it was down a larger percentage at 3.3%, the price decline of $5.37 cut 36 points from the Dow. Ivankoe said he expects McDonald's third-quarter same-store sales to come in below expectations, as growth in Uber Technologies Inc.'s UberEats food delivery platform has helped boost competition from smaller independent restaurants. McDonald's is scheduled to report earnings on Oct. 24, with the FactSet consensus for same-store sales growth being 5.2%. "McDonald's contributed significant scale to the U.S. UberEats platform, and UberEats in turn used that delivery network to add thousands of restaurants that compete effectively against McDonald's--and any [quick service restaurant]--with ease of use on their app, if not delivery times or price," Ivankoe wrote in a note to clients

Rumor has it that more than a few European operators have asked to join the NOA.

ITS BEEN SAID MANY TIMES - WHEN MCD WORKS TOGETHER WE CAN ACHIVE GREAT THINGS & NO ONE
CAN STOP US. AMEN

I AM GETTING EXCITED JUST THINKING ABOUT IT

CAN WE MAKE IT HAPPEN?

To above-Why wait till Orlando? Come to DALLAS!!!

Corps claim of increasing sales for Operators is somewhat deceiving, because even though sales are up, the increase can be attributed to PRICE INCREASES, not new sales. In fact our TCs are still losing ground. Additionally, the increases are misleading because they are comping to the previous year, a very poor year.
The same goes for MCD's Operator cash flow claims of being up $30-$40k per store . Yes we have seen Cash Flow increases from rising prices, BUT when you consider the BBV2020/EOTF expenses we were forced in to, the CF increases do NOT generally even equal the payments on the new required debt. With that in mind, one could conceivably argue that true, free cash flow is actually down!
Additionally, most operators that I know are nowhere near hitting targets for Kiosk usage or for delivery. These expensive initiatives have increased our labor costs and debt substantially, without a corresponding sales or profit increase.
Finally, the company is already deep into planning BBV 2023, without considering the operators need to service (and repay) the existing BBV 2020 required debt. This will be quite burdensome to most operators especially if the 2023 plan includes the very expensive (and untested) automation initiatives.

What needs to happen is an overall revamping of the OPERATOR representation. This needs to start with the understanding that OPNAD, NFLA, SET, Technology or any other BOARD - doesn't have, nor should that 1 representative ever have, the authority to VOTE FOR or OVERRIDE the individual franchise responsibility for financial viability.

Operators need to have a field vote to change DOLLAR ANY SIZE DRINK - but a NFLA member can vote to permit HUNDREDS OF THOUSANDS of reinvestment into a restaurant. People, organized crime leads never had it so good.

I understand the consolidation of ideas for the discussions, even some consolidations of the designs (to a point) - but the final selections, and definitely the commitment for funds has to be an individual operator decision to support. With over 90% of the USA market restaurants, and obligation for nearly all the reinvestment - that system has to change immediately.

McDonald's has a worldwide convention every two years. Average shelf life is 5-10 years, and most ROI is 10-15 (accelerated), 30-years on the rest. There is no reason the system cannot generate a cycle to prepare, present, and try-out these measures at WORLDWIDE, have a secure electronic vote for operators to approve or disapprove. That is TRUE operator buy-in, not the occasional sell-out of an 1 person approval for a larger patch agreement.

The company uses the Earning before Interest, Taxes, Depreciation and Amortization (EBITDA) to calculate their numbers - as these give the most favorable position to those that don't know better, in deciding the reinvestment strategies.

When in fact, the company should be utilizing the individual EBIAT.

Earnings before interest after taxes (EBIAT) is a financial measure that is an indicator of a company's operating performance. EBIAT, which is equivalent to after-tax EBIT, measures a company's profitability without taking into account the capital structure, like ratios such as debt to equity. EBIAT measures a company's ability to generate income from its operations for a specified time period.

EBIAT takes taxes into account because taxes are viewed as an ongoing expense that is beyond a company's control, especially if it is profitable. EBIAT is not as commonly used in financial analysis as the earnings before interest, taxes, depreciation and amortization (EBITDA) measure, however, it is monitored as it represents cash available to pay creditors if there is ever a liquidation event. If the company does not have much depreciation or amortization, EBIAT may be more closely watched.

Now, compromise the entire system as most organizations have taken SEC 179 accelerated depreciations. TAXES are even far greater, leaving less to reinvestment - or a assumed strategy of needed constant reinvestment to offset taxes.

The issue with that overall strategy is its great for pumping stocks - but if the bubble ever burst, like the recent rise in interest rates, or failing to get the updated IRS changes for the rewrite off's. It leaves much of the system in financial chaos. And whos holding 90% or more of THAT debt?

The NOA has come a long way since our initial meeting in Tampa. Many of you braved the Florida weather to be there. To show that we needed an independent advocacy association. To show your concern for our great brand; McDonald’s™. Much has been accomplished in the last year, much success to celebrate. We have erased the cashflow losses of 2017 and 2018. We have more of a voice in our business. Our partner is making great strides to include us, to listen better, and to set up every owner for success. No Owner Left Behind is the new mantra. It’s a good one.
Now we must move forward. We must march on. How will we get back to growing guest counts again? How will we continue to squeeze the ketchup packets? How will we continue to streamline our operations? How will we dazzle our guests today and tomorrow? These are our questions; these are our challenges. We are up for them. We are McDonald’s and no one can do it like we can. Thank you again for making it to Dallas. We won’t disappoint you.
Your NOA Board