Just Trying to Figure Out a Few Things 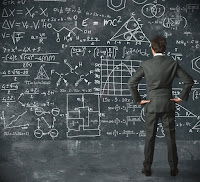 * Heard it on the Internet - It is rumored that
Martin-Brower is going to begin doing distribution
for Chick-fil-A. Talk about sleeping with the enemy!

* Is it true that the third party food delivery companies
will charge the customer a delivery fee and also retain
a % of the food total, paying less than 100% to the Operator?

1) Where's the Operator's profit in that transaction?

Wall Street analysts watch Chick-fil-A pretty carefully because A)if the company ever goes public they want to get in on the ground floor. B)If the company remains private and continues to grow and thrive it's a threat to other publicly held restaurant chains.

McDonald's Operators can hope that Chick does go public and Wall Street starts calling the shots. And hope that, in going public, Chick begins to move away from their "operator-on-premise" approach to licensing.
.

Owning a premium brand like "Chick-fil-A raises the question of why the owners would want to sell it the public and give up control. Instead of having the first priorty of the customers and the consistant improvement of products and the business, the priority immediately becomes
focused on the shareholders. Once public, wall Street calls so many shots to keep the stock price up. Those guys are ruthless and Chick-fil-A is not big enough to fend off a hedge fund take over. Those guys would pump up the stock price and sell it to line their own pockets. They would make mega millions. (KFC) They would have only one or two operators per state.

From my point of view I hope they do it. They would loose their cult following and become very average. Their simple menu would greatly expand impacting service and no more being closed on Sundays. Bad idea for them. Good Idea for us. Just my opinion.

Chick-fil-A has a "Cult Following"?

Cult is an overused word in McDonald's, and maybe a little dangerous.

In the 1980s and 1990s In-N-Out was very successful in the Los Angeles
area but took their time about moving into San Diego. When we found
out they were coming to San Diego County McDonald's Operators became
concerned. But, when the topic came up in meetings the McDonald's corporate
folks just shrugged their shoulders and said it was a "cult thing" and
they had no special strategies for dealing with In-N -Out.

I've always thought that corporate took that attitude because In-N-Out
was not a national chain and not publicly held. Many of the corporate
people in SoCal had never even been to an In-N-Out.

Admittedly there was not much that we could have done but sitting back
and doing nothing is not a good strategy. When a brand has a "cult
following" that just means they are making a lot of consumers very happy
and generating a lot of repeat business.

But nationally In-N-Out is small potatoes. In-N-Out appears to be
controlled by one or two Snyder family members and a few long term
employees. And they have no plans to expand in an easterly direction.
Chick-fil-A is run by an expansive family. Their website includes a picture
of 20 young Cathys and spouses ready to take the company into the future.

There's little doubt that Chick-fil-A is going to be a increasingly dominant
player nationally. They long ago reached the critical mass necessary to
finance their growth so unless the Cathy family become uncharacteristically
greedy there's little reason to think they'll ever go public.

Let's go easy with the cult following stuff. It's just another way of saying
"we surrender".
.

I think that this regime is trying to reverse everything that's traditional in McDonald's just to make a lot of changes. Letting our distributors get in bed with the competition is very bad long term. These guys dont expect to be around long term.

As to the delivery economics, Uber will pay the driver the $4.99 delivery fee per order. UBER will charge the McD store a 15% service fee. McD will collect full rent and service fees on everything but the delivery(driver) ee. Uber WINS. McD WINS. Operator LOSES. Thanks to the NLC for endorsing this profit losing program. This was CONFIRMED at the Gallery Walk by our NLC rep.