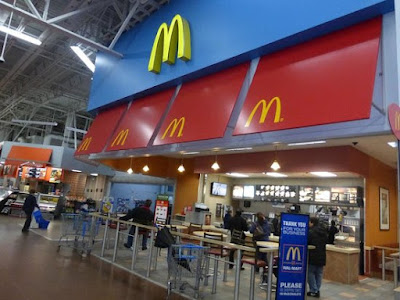 While putting together the aforementioned "market cap" numbers I  happened across the recently-released numbers for the CEO of Walmart. In their fiscal year 2022 he was paid $20.83 million. I thought that number sounded familiar. Sure enough, it's just a little more than McDonald's Corp. paid their CEO for the period of time.

But Walmart sales for fiscal 2022 were $572 billion, more than five times MCD system-wide sales of $112 billion.

Chris K is overpaid by AT LEAST Twenty Million Dollars

And JOE E should be FIRED!